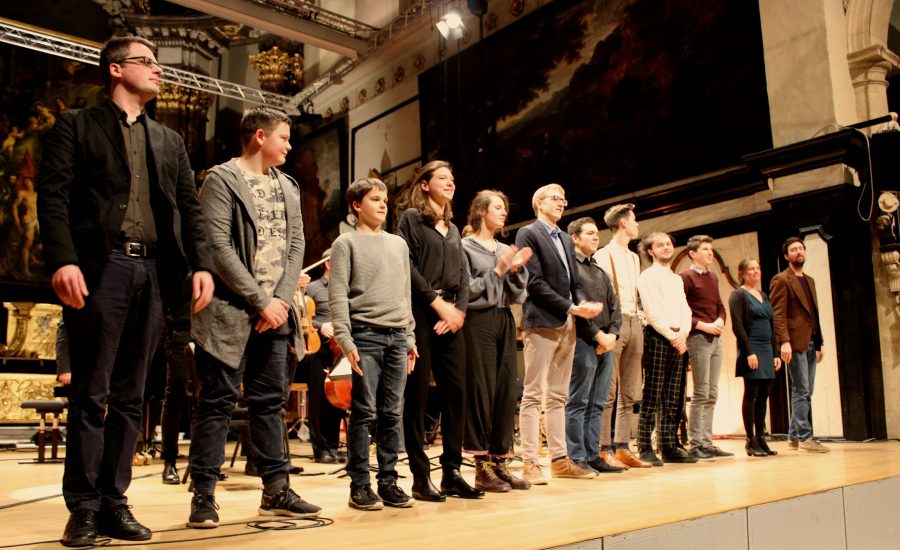 THE TIMES & THE TIMES ACADEMY

“How does the future sound?” is the question that lies at the basis of this unique project, where musicians of HERMESensemble in collaboration with de Veerman and AMUZ get started with music scores of talent between twelve and twenty years.

Young composers are invited to compose a maximum of five minutes a work. There is a pre-rehearsal place of work, in the presence of and in conjunction with one or more composers. The icing on the cake: the work is done professionally in the beautiful concert hall of Amuz.

A live recording is made from the concert.

This project is not considered as a contest. Only if the number of compositions sent is too large to perform all of them, a selection will be made. This selection is a proportionate number of selected works in the age groups 12-14 year old /15-17 year old/18-20 year old.

In addition to The Times, HERMESensemble, AMUZ and De Veerman are also developing a separate trajectory for young composers (conservatory students and participants of SOUNDMINE 2020) under the name THE TIMES ACADEMY. This is a co-creation trajectory, in which a new composition takes shape in close collaboration with the musicians of HERMESensemble and composer Wim Henderickx.

THE TIMES overview all editions