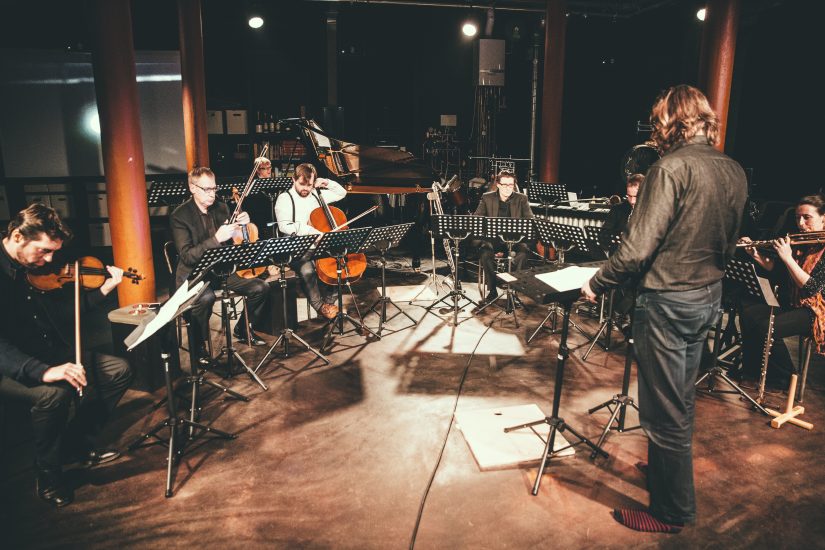 Of the various American composers who were associated with the avant-garde of Paris in the roaring twenties, George Antheil is the only one who can be regarded as a “modernist”.

“Ballet Mécanique” was created during 1923-1924 and became immediately notorious. At the premiere in the Théatre des Champs Elysées the two aeroplane propellers used in the piece blew the audience’s hats off, while the mechanical din was not to the taste of the Parisian bourgeoisie. The work is performed by HERMESensemble in the 1924 version, which calls for four player pianos, two grand pianos, tubular bells, the sounds of a large and a small aeroplane propeller, a gong, cymbals, a triangle, woodblocks, a military drum, a tambourine, a large and a small electric bell and two xylophones.

The film made by Fernand Léger and Man Ray used the same idea, but was shot independently of the composition. The speed and repetition of the rhythmical movements are the main similarities between the two works. Ultimately the film and the music were premiered separately and went separate ways, with both being regularly revised by their respective creators.