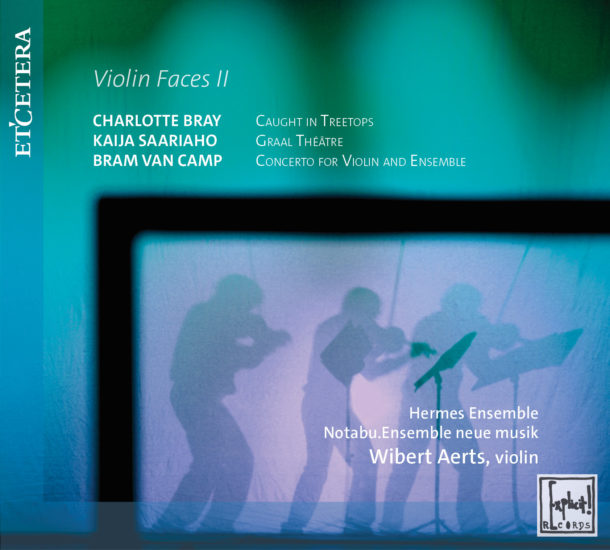 In 2008 Bram Van Camp composed CONCERTO FOR VIOLIN AND ENSEMBLE for HERMESensemble and the solo artist Wibert Aerts. The piece was first performed in AMUZ. In 2016 HERMESensemble was able to present new performances of this modern Flemish masterpiece.

At the initiative of Wibert Aerts the piece was recorded for CD release in AMUZ in 2017.

In 2018 Charlotte Bray’s violin concerto, CAUGHT IN TREETOPS, was added to the CD.