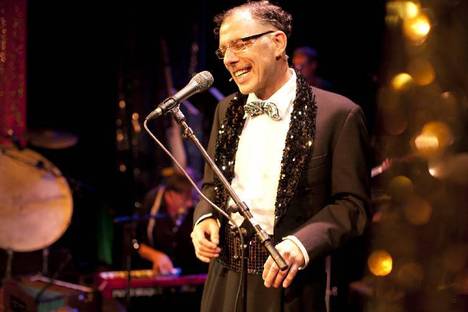 On 9 August 1877, exactly 999 days after leaving Zanzibar, Henry Morton Stanley reached the mouth of the Congo. For close on three years he and his party had hacked a way through the steaming and impenetrable jungles of Central Africa without knowing where they were or how long they would have to press on.

Peter De Graef, acting in response to a request by Bo Spaenc, started to work on Stanley’s journey of exploration.

In the new text Peter De Graef unleashes the historical Stanley. Nonetheless it is also an exploration of the history of our psychology and what makes us human. We too have to hack a meandering path through the chaos of our existence and try to sustain ourselves with various hypotheses (religion, philosophy, science, …). This is the first time that Peter De Graef attempts to use monologue to create musical theatre. His powerful story merges with live music and songs: on occasion restrained and intimate and on occasion hilarious and open-hearted.