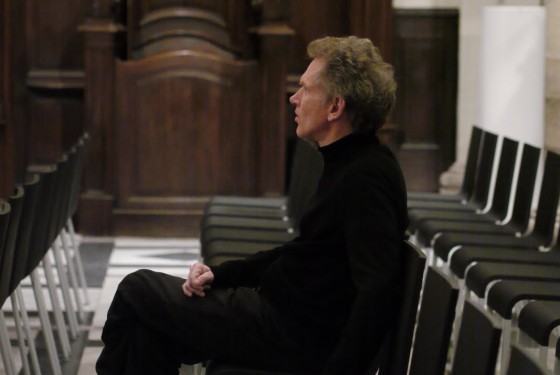 Hans Abrahamsen (°1952) is one of the most exciting Scandinavian composers today, providing a wilful reply to the music of his teachers Per Nørgård and György Ligeti.

Abrahamsen is famously known for his radically objective and transparent music, based on simple structures.

During the early 1990s Abrahamsen arranged a few canons by Johann Sebastian Bach. He re-interpreted them in such a way that they can be repeated endlessly. In doing so, he opens a new musical dimension in which a circular experience of time is central.

In the work SCHNEE two of those canons are the keystone of a number of movements for diverse combinations of instruments. The canons resemble each other, but are differentiated by their tone colour. This duality is also reflected by the cast and their distribution on stage.

And then Abrahamsen’s epic music unfolds, gradually revealing the extensive conceptual world hiding behind an apparent scarcity of sound.