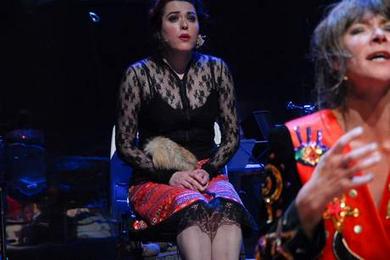 In this adaptation, the myth is told from the point of view of the old King Creon, who thought he would save his kingdom but ultimately loses everything.

When the Greek hero Jason lands on the shore of Colchis with his Argonauts, he steals the heart of Medea, the king’s daughter. Now in love, she uses her magical powers to help him steal the Golden Fleece. Fleeing their pursuers, she saves the Greeks by killing her father and brother. When they arrive in Corinth, Jason and Medea get married and have two children. After ten years of happiness, Jason falls in love with the daughter of Creon, King of Corinth. He would like to marry her to secure his children’s future. Creon agrees to the marriage because it enables him to save his royal house. But Medea refuses to accept the arrangement. Deeply insulted, she exacts a gruesome toll from the Corinthian princess and then kills her two sons.