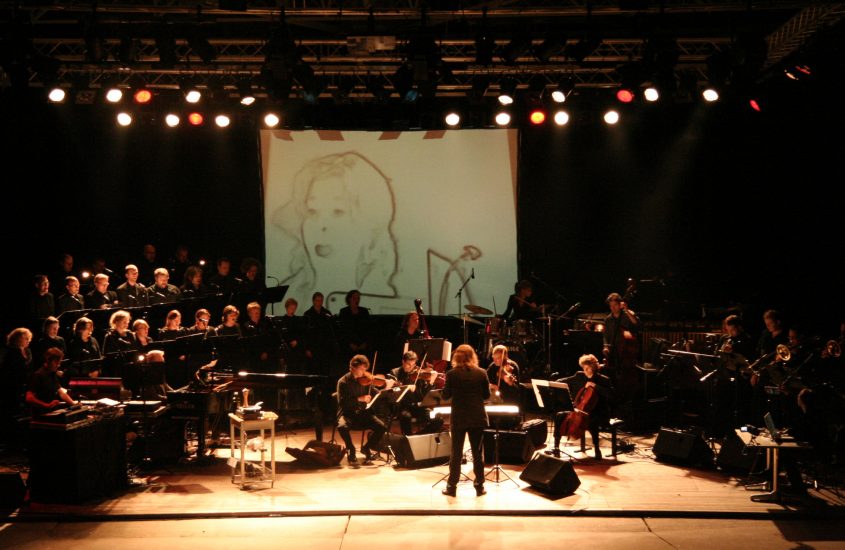 HERMESensemble joins forces with Capella di Voce in a search of religion and mysticism.

The exploration starts with an early composition by Wim Henderickx: Three Interludes for Oboe, Horn and Piano. This three-part 1989 work is fairly experimental regarding the contrasts of its structure and musical notation.

This piece is followed by a work from another Fleming, namely Karel Goeyvaerts with his Good Friday Cantata Impropria, a composition dating from 1959 for contralto, mixed double choir, and six instruments.

This sacrally inspired programme concludes with a piece by the Italian Giacinto Scelsi. His pioneering oeuvre only started to receive the attention it deserved many years after being written. After a personal crisis at the end of the forties, Scelsi underwent a radical transformation. He abandoned Catholicism for Eastern spirituality: a break that influenced not only his outlook on life but also his musical oeuvre.