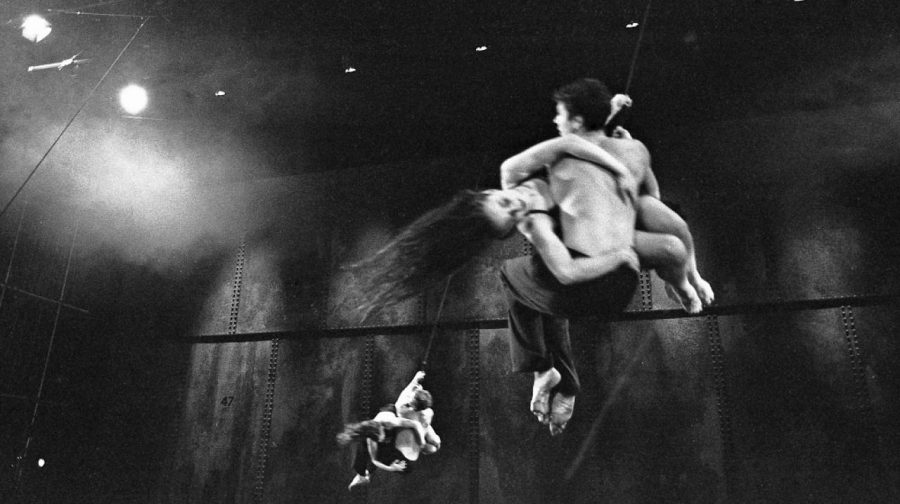 FURIOSO by the Australian choreographer Meryl Tankard became world-famous thanks to the virtuoso choreography, some of which is performed aerially on ropes.

FURIOSO is a fiery and passionate work of dance theatre in which the boundaries of masculinity and femininity are pushed to the extreme. Through spectacular sequences of movements, this danced tragedy functions as utopian fantasy of the reunion of former lovers.

TWELVE TON ROSE by Trisha Brown is based on parts from Anton Webern’s Four pieces for violin and piano. Brown studied Webern’s twelve-tone technique, to which the title of her work alludes. In a poetic interplay in which light makes movement visible and darkness makes it disappear, Brown focuses on stillness. TWELVE TON ROSE is surely one of Brown’s most moving choreographies and is a masterpiece of modern dance.