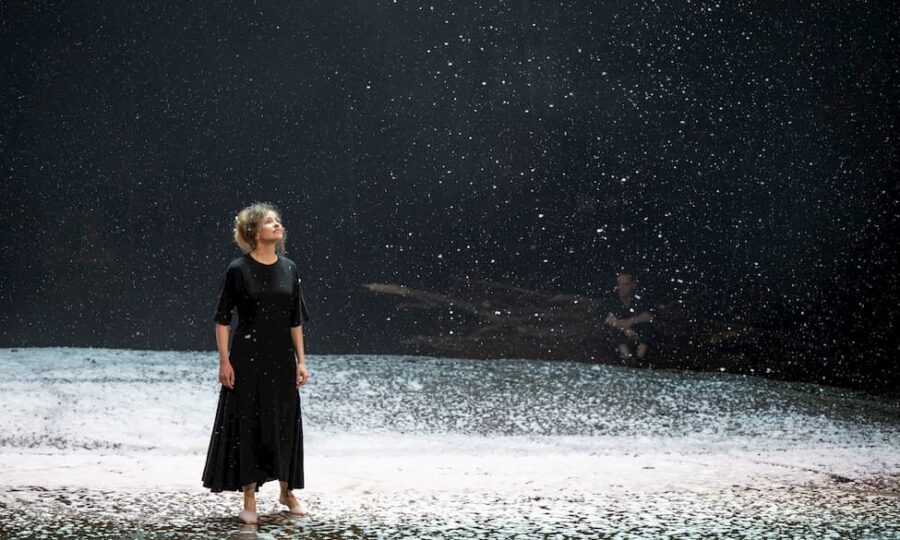 the Tax Shelter measure of the Belgian Federal Government

With Gustav Mahler’s DAS LIED VON DER ERDE, the French scenographer and director Philippe Quesne takes a look at the future of our planet. He mirrors his reflections on the Anthropocene (the era in which our planet must bear the consequences of human activity) on Mahler’s glorious, six-part song cycle.

The result is powerful staging, a visual and visionary update of Mahler’s melancholy descriptions of nature.

In the most extensive and final part of the cycle, Der Abschied, Quesne even finds the starting point for new utopias.

HERMESensemble performs DAS LIED VON DER ERDE in the arrangement for chamber orchestra by Reinbert de Leeuw. Their arrangement, in which Mahler’s musical lines and details sound out more sharply and intensely than ever before, is a masterpiece in itself. Moreover, in the context of Quesne’s future scenarios, the abrasive tones sound like a resistance against the threatened mass-extinction.