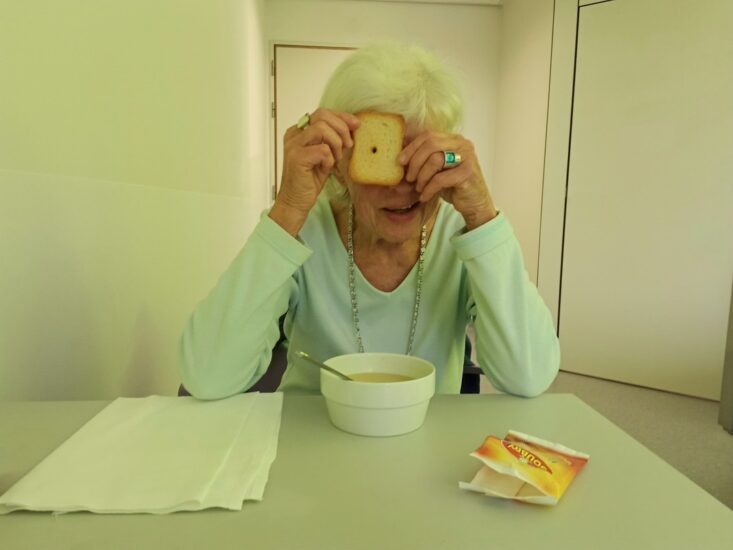 BOZE BEJAARDEN is a tragicomic operetta set in and around a nursing home.

Emilienne (86) is in a relationship with her masseur Nestor (75). They are in love. After a long period during which they were not allowed to meet, they are enjoying their being reunited. Some of the neighbours: Mireille (82), Leon (83) and Agneske (89) are watching with sorrow. The happiness of the fledgling couple confronts them with old wounds. They devise a plan with unforeseen consequences: everyone around them, including the nursing staff, gets caught up in it.

BOZE BEJAARDEN is a comedy of errors with plenty of misunderstandings and romantic, sugary sweet and warm moments. At the same time, as it should be in operetta, it is a sharp criticism of our dealings with care and with the elderly.

From 2 December onwards, the operetta is available as a podcast. Together with Wunderbaum, HERMESensemble will be bringing a live version to the theatre.