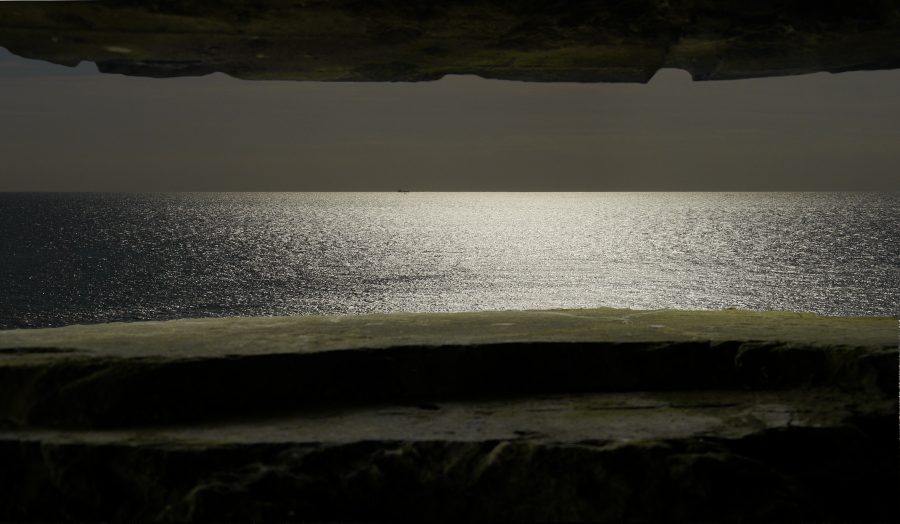 For La Biennale di Venezia edition of 2019, HERMESensemble conducted by Koen Kessels presents three of the most exciting scores for ensemble and video of the contemporary European repertoire. The concert program is also performed at the Transit Festival in Leuven, conducted by Manoj Kamps.

ATLANTIC WALL by the Flemish composer Wim Henderickx was written for HERMESensemble in 2012.  It premiered during the closing concert of the World Music Days of that year, in Antwerp. The music for septet and solo mezzo Mireille Capelle, singing a poem by Paul Verlaine, is accompanied by electronics by Jorrit Tamminga. The original video was shot on location in Audresselles, France, by video artist Kurt Ralske, on commission by HERMESensemble. ATLANTIC WALL is a 30 minute multimedia journey through the deeper layers of the human mind, an audiovisual dive into meditative observation. The piece was released on cd in 2014 (TRIPTYCH) and met with international acclaim.

An Italian premiere and a world creation complete the programme. HISTOIRE DU SOLDAT INCONNU is a score by Annelies Van Parys on a remarkable documentary by Belgian surrealist cinema pioneer Henri Storck. His film is a sarcastic indictment of political hypocrisy and war rhetorics.

The Lithuanian composer Vykintas Baltakas composes, NEON SEA, a new piece for Karin de Fleyt, solo flutist, and HERMESensemble, and will develop electronic material with the Centre Henri Pousseur (BE). An original video will again be made by Kurt Ralske.